The Leadership Experience (LXP) is a cross-cultural, nonprofit organization which exists to: (1) raise servant leaders whose motivation is greater than the acquisition of profit, fame, position and power; and (2) to uplift and usher in lasting transformation within our communities.

Our vision is to make genuine and growing disciples of Jesus among those within our sphere of influence, who will go out from LXP to impact their worlds. Our Servant Leadership Training (SLT) program emphasizes spiritual development, character formation and experiential learning—with student volunteers learning to lead out of service to others. Our Community Service Projects (CSP) meet the felt needs of vulnerable families and youth within our community, while providing our SLT students apprenticeship opportunities geared to help them cultivate practical servant leadership skills.

In 2005, South Africa’s Uniting Christian Student Association (UCSA) partnered with Dream for Africa, an organization founded by Dr. Bruce Wilkinson. The purpose of the partnership was to launch a biblical, values-based, HIV/AIDS abstinence campaign called Beat the Drum (BtD). After the first nationwide BtD project in Swaziland, it became clear that the key to the success of BtD was dependent on capable leaders who could run the program. However, there was a struggle to find strong and mature leadership among the local volunteers who were left to set up and carry out the project. And so, after much consultation and prayer, the first discipleship training for BtD project leaders was started in February 2006. This was called The Leadership Experience (LXP).

LXP’s first enrollment included 19 young men and women representing four different Southern African countries and the USA. That first year was a great success, and the response was enormously positive everywhere the students went and served. This further confirmed the need and relevance of such leadership training—looking beyond the specific project of Beat the Drum with a vision to raise up a new generation of Godly leaders who would impact all sectors of African life. 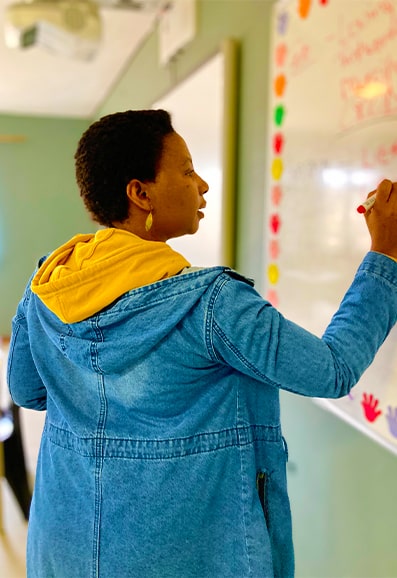 In 2009, a daughter branch of LXP was birthed in Butha-Buthe, Lesotho. LXP Lesotho was founded and is directed by a former LXP student volunteer who, along with his wife and ministry team, are focused on raising up leaders amongst vulnerable youth while reaching out to the villages and surrounding areas of Butha-Buthe. 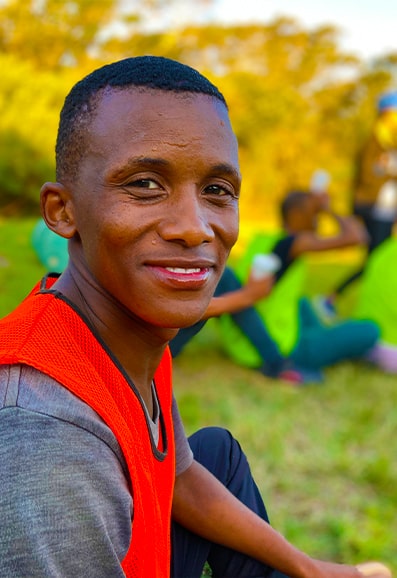 Over time, LXP has formed numerous partnerships, launched a variety of projects and programs, and grown a staff made up almost entirely of former student volunteers who carry the DNA and heart of LXP. Though shifting and changing in content and personnel throughout the years, the core mission and vision of raising up true servant leaders for Africa and her communities remains the same.

Provides the general management of the Leadership Trust and runs the local youth discipleship program called disciples of God (D.O.Gs).

Provides leadership and manages the Executive Leaders Retreats at the Leadership Experience Trust.

Provides leadership and manages finance and coordinates administration at the Leadership Experience Trust.

Provides leadership and coordinates all media and sound related tasks and jobs at the Leadership Experience Trust.

We imagine a generation of servant-leaders who are able to dream, initiate and participate in a fresh wave of community transformation with a motivation greater than the acquisition of profit, fame, position or power.

Subscribe and stay updated on current and upcoming events and other programs.